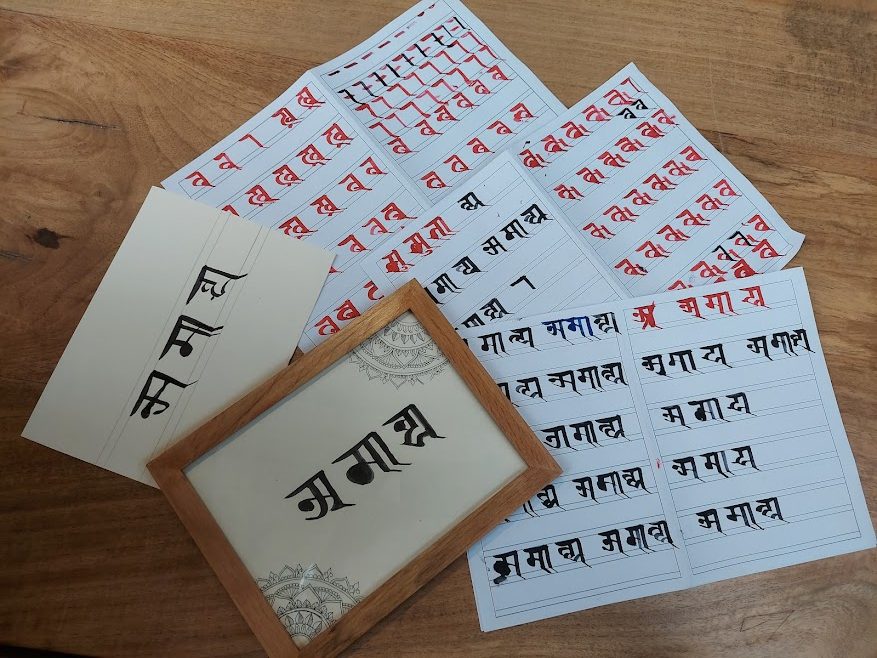 What is Ranjana Lipi

The diverse culture of Nepal is home to many ethnic groups with over 100 various languages. In Nepal Mandal (the current Kathmandu Valley) from the 14th to 18th century, Nepal Bhasa was the official language but was replaced by Nepali after the Gorkha Kingdom was established. This Sino-Tibetan language is spoken by Newars, indigenous inhabitants of Kathmandu Valley, and has remained alongside Nepali as another prominent language of Nepal. Nepal Bhasa is written in Nepal Lipi, which has nine different variations. An artistic and distinctive script, Ranjana Lipi is one of those widely visible scripts among all the Nepal Lipi. It is commonly used to write the Buddhist Mantra “Om mane padme hum” in Buddhist Prayer Wheel. Besides, it has been used on stone and copper plate inscriptions, coins, palm-leaf documents, and Hindu and Buddhist manuscripts. Ranjana script has not only been used in the Nepal but also in Tibet, where it is known as Lanydza. Tibetans typically decorate temple walls, prayer wheels, and Mandalas with this script and use it on the title pages of Tibetan texts.

Throughout history, Nepal Bhasa and its script have faced many threats. Nepal Lipi has struggled a lot to maintain its existence in the history of Nepal. With the aim of preservation of Ranjana Lipi, Nepal Lipi Guthi came into existence. The institution, founded by Bikash Man Sheshya in 1980, has remarkably helped in spreading awareness about the importance of Nepal Bhasa. Although organisations have succeeded in increasing the visibility of Ranjana Lipi among the people in recent decades, there is still much to be done. Today, young adults are primarily aware of Ranjana Lipi, but few understand it or know how to write it. However, the current situation among youngsters seems even more worrying, as many have not even heard of it. Younger generations need more opportunities and enticements to study the endangered Ranjana Lipi. Otherwise, it is in danger of vanishing.

Recently, Community Homestay Network have also acted and organized the event  Ranjana Lipi & Aila in effort to support the endangered script. In addition to giving a wonderful cultural experience for the participants, this event has provided an opportunity for Kirtipur Community Homestay, as two of its representatives, Buddhilal Maharjan and Gyan Maharjan, facilitated as trainers to spread the script to reach more people. We had an interview with the men, where important topics were discussed. In the conversation, Buddhilal and Gyan talk about their lives and challenges with the endangered Ranjana Lipi. They also discuss current and potential opportunities for its preservation.

Retired jobholder, Buddhilal, and Gyan, who works in water supply, both have their roots in the ancient town of Kirtipur on the outskirts of Kathmandu. When discussing how they got involved with Ranjana Lipi, Buddhilal recalls: “I got to know about Ranjana Lipi through an organisation, Nepal Lipi Guthi, which was established for the script in 2036 B.S. (1979 AD).” During Nepal Sambat (the New Year of the lunisolar calendar), he remembers how he helped the community by writing banners in Ranjana Lipi. Gyan, in turn, says that his first encounter with Ranjana Lipi happened during school days, around 2038 B.S. (1981 AD). “Seeing Ranjana Lipi on temples and banners got me very fascinated about the authenticity of it, and as a result, I used to make tattoos with a ballpoint to my hand when I was a kid,” he recalls with amusement. After Gyan had learned more about Ranjana Lipi in 2052 B.S. (1995 AD), he started working in a small organisation established in Kirtipur, Nepal Lipi Parishad, through which they ran a month-long workshop to generate awareness of Ranjana Lipi. “However, the workshop ended up short when we were halted by Maoist (The Communist Party of Nepal),” Gyan closes the story.

In the interview, both Buddhilal and Gyan often mention the government of Nepal, which has not supported the spread of Ranjana Lipi much but once even limited it. This has served as motivation for them to teach it to others: “Just to go against the government, we started to teach Ranjana Lipi in small communities,” Buddhilal reveals. Gyan mentions that his motivation, besides the government’s ignorance, came from believing the writing style was endangered. To preserve it, he wishes to teach it not just to the Newari community but to other communities and foreigners.

Challenges and preservation of the endangered script

Gyan and Buddhilal consider the biggest challenge in preserving Ranjana Lipi to be the government’s limited efforts. The government is responsible for attracting young people to learn Ranjana Lipi, but there has been no action: “People don’t see any advantage of learning Ranjana Lipi. Neither can they earn from learning the script, nor is there any job guarantee from the script. That’s why people would rather learn Japanese or Korean because learning those languages can guarantee a job in a foreign country”, Gyan explains. They both believe that the government of Nepal could play a pivotal role in preserving the script. According to them, to protect Ranjana Lipi, the government could organize workshops and arrange some opportunities to earn income through the script. “Today, people are also very busy and occupied with their own stuff and have limited time to learn new things. Even taking the time to learn Ranjana Lipi is a huge thing”, Gyan ponders other challenges.

Besides that, the men wish the government would take Ranjana Lipi into account in the school curriculum; they believe that it would be helpful if the script was still used in the writings in temples as well as in the products people use in modern days. “To keep it alive, Ranjana Lipi could be incorporated in poems, books, children’s cartoons, and songbooks, and even international short stories could be translated into Ranjana Lipi,” Buddhilal adds. When asked about other methods for its preservation, the conversation turns to young people and how the nepalese calligraphy could be used in the products aimed at them: “Especially for younger generations, tattoos, posters, keyrings, lockets, and souvenirs in Ranjana Lipi would attract them,” Gyan considers.

Digital opportunities for Ranjana Lipi are also current, and the men see that there are many of them. Buddhilal digs out his cell phone from his pocket and introduces an application called Nepal Lipi – Ranjana Lipi. “People can use the app to convert Devanagari to Ranjana Lipi. I think it is the best platform to promote Ranjana Lipi,” he praises the app.

“We are thankful for the opportunity that Community Homestay Network offers people. Because of the event, we got the chance to reach more people,” Gyan expresses his gratitude. The event Ranjana Lipi & Aila has been held twice now, and there is more to come. It is inspired by the “Paint and sip” type of events, but instead of contemporary paintings, papers are decorated with Ranjana Lipi, while traditional Aila is served as a drink. At the event, the trainers teach participants the basics of the script while offering an opportunity to immerse themselves in Newari culture.

Community Homestay Network is not the only organization that have organized such events regarding Ranjana Lipi. As Buddhilal mentioned, there have also been efforts made by Nepal Lipi Guthi; an institution focused on the Newar language and script: “Along with this event, there was this event called Calijatra. It is an open participation event, and people would come and write down their names in Ranjana Lipi and learn the basics of it.” Established in 2015, Calijatra has, until now, organized over 40 workshops all over Nepal (Khadgi, 2020)

“The Newari community appreciates the efforts to teach Ranjana Lipi from different organisations. As there are not any efforts from the government to teach it, people have taken it upon themselves to preserve the endangered script”, Buddhilal explains. People’s efforts have borne fruit because these days Ranjana Lipi can be seen more in different places, for example “in letter pads, headings of newspapers and on boards of government offices,” he lists. Gyan thinks that these kinds of events are essential for people interested in cultures and also help young people who nowadays don’t know much about the script get to know it. He notes that Advertising through social media such as Facebook and Instagram could attract youth to learn it.

The men discuss that the event’s impact on their community would be even more significant if CHN expanded it to different neighbourhoods. This way, more people of different ages and backgrounds would be reached. “If we keep on organising this kind of event, it might inspire other organisations to organise the same kind of events, too,” Buddhilal mentions. Gyan, in turn, brings up the possibility that a package with more time rather than just an event could attract more participants and be more effective.

When asked about their experience as trainers in the two past events, both say they were happy to see the participants enjoying the event. “The enjoyment from participants’ was fuel for us, and we are looking forward to future events with great enthusiasm,” Buddhilal adds in the conversation. Gyan mentions he found the event very interesting, not only because of teaching but also interesting because of many other Newari cultural components. “I want to highlight the almost endangered culture of the Newari community, like serving Saakha: ti (traditional Newari beverage) while welcoming guests,“ he says. “Not just the script, but I want the culture of the Newari people to be promoted at this event,” Buddhilal agrees.

As a valuable part of Nepal’s rich cultural heritage, Ranjana Lipi has united the nation’s identity, tying together different generations and groups of people. Like many other ancient scripts, Ranjana Lipi has also faced difficulties and was in danger of disappearing. Nevertheless, it continues to flourish today, for which we can thank the efforts of the organizations and the strong unified identity of the Newari community, with the power of which they have kept it alive, passing the heritage from generation to generation. An excellent example of how even one event can arouse others and create something bigger is Ranjana Lipi & Aila. The event has inspired members of the Kirtipur Community Homestay to take the reins of preservation by spreading the script among their community and teaching it to those interested in it, including tourists. Cultural heritage is part of the past, part of ourselves, and as a source of identity, it must be protected. 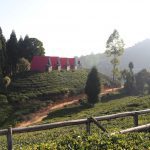 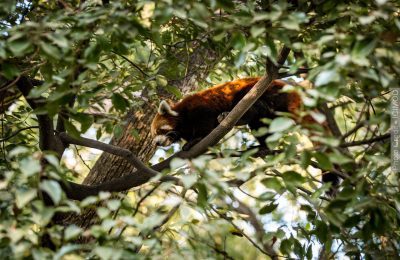 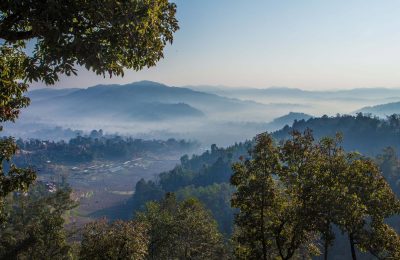 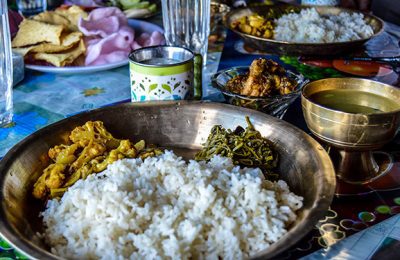