With around 9 homes that can house around 20 guests, Kapan Gyanmala Homestay is located in Kapan, one of the urban areas in the periphery of the ring road of Kathmandu City. Established in 2009 AD, it is run exclusively by a women’s group named Parijat Mahila Samuha, with mixed language and ethnicity. Besides this being the major highlight, this homestay...
+ Read More
Property Amenities

Run completely by a group of women, Kapan Gyanmala Community Homestay provides a complete city experience on the foothills of Shivapuri National Park. Kapan is a perfect location to experience city life, while still being far from traffic. There is lots of walking and hiking opportunities as it is also close to Shivapuri National Park. You can go for a hike around the monasteries, or the national park or stroll around Boudha as per your wish when staying here.

With around 9 homes that can house around 20 guests, Kapan Gyanmala Homestay is located in Kapan, one of the urban areas in the periphery of the ring road of Kathmandu City. Established in 2009 AD, it is run exclusively by a women’s group named Parijat Mahila Samuha, with mixed language and ethnicity. Besides this being the major highlight, this homestay also gives opportunities for guests to experience what it feels like to live in an urban space in Nepal.

Most of the women involved in this community homestay are housewives who also run the women’s group as their community service. The women’s group runs workshops and training like Montessori training, and pot gardening for other women in the community. You can also experience these training on your stay with the community while on the other hand, you will definitely enjoy the outcomes as many homestays live them on their day to day basis like the vegetables from pot gardening and curtains from tailoring training.

Although during the start, the women had a hard time convincing their family to take this project up, the homestay has become one of the major sources of income nowadays. Another major project the women are currently doing is to start a community park in the neighborhood.

Most of the houses have twin bedrooms, WiFi, Western toilets and hot shower. You can also request a private bathroom if required.

Kapan can be considered as one of the new settlements of the valley as the urbanization took place rapidly. Although the community is of mixed ethnicity and languages largely, one can find flavors of Buddhist communities in terms of food and religion since it is home to various monasteries like Kapan Monastery and Fulhari Monastery along with being closely located to Boudha, one of the biggest Buddhist pilgrimage sites.

Home to the famous Kapan Monastery, Kapan is one of the newest settlements of the valley, home to people all over the country. You will find the community to be of mixed ethnicity with the equal influence of Hinduism despite being on the periphery of Buddhism.

Some Major Attractions around Kapan

June is the hottest month in Kathmandu with an average temperature of 23 C and the coldest is January at 9 C with the most daily sunshine hours at 12 in April. The raining season starts in June but is at its heaviest in July. The temperature in Kathmandu goes in winter below zero Celsius and rises to an average of 25 degree Celsius in summer.

Since Kathmandu has pleasant weather all over the year compared to other places in Nepal, you can visit Kapan Gyanmala Community Homestay anytime you want to. But if you want a clear view and less slippery roads, then monsoon (June-August) is the season you probably want to avoid.

Kapan homestay village – Live the simple life  by Inside Himalayas 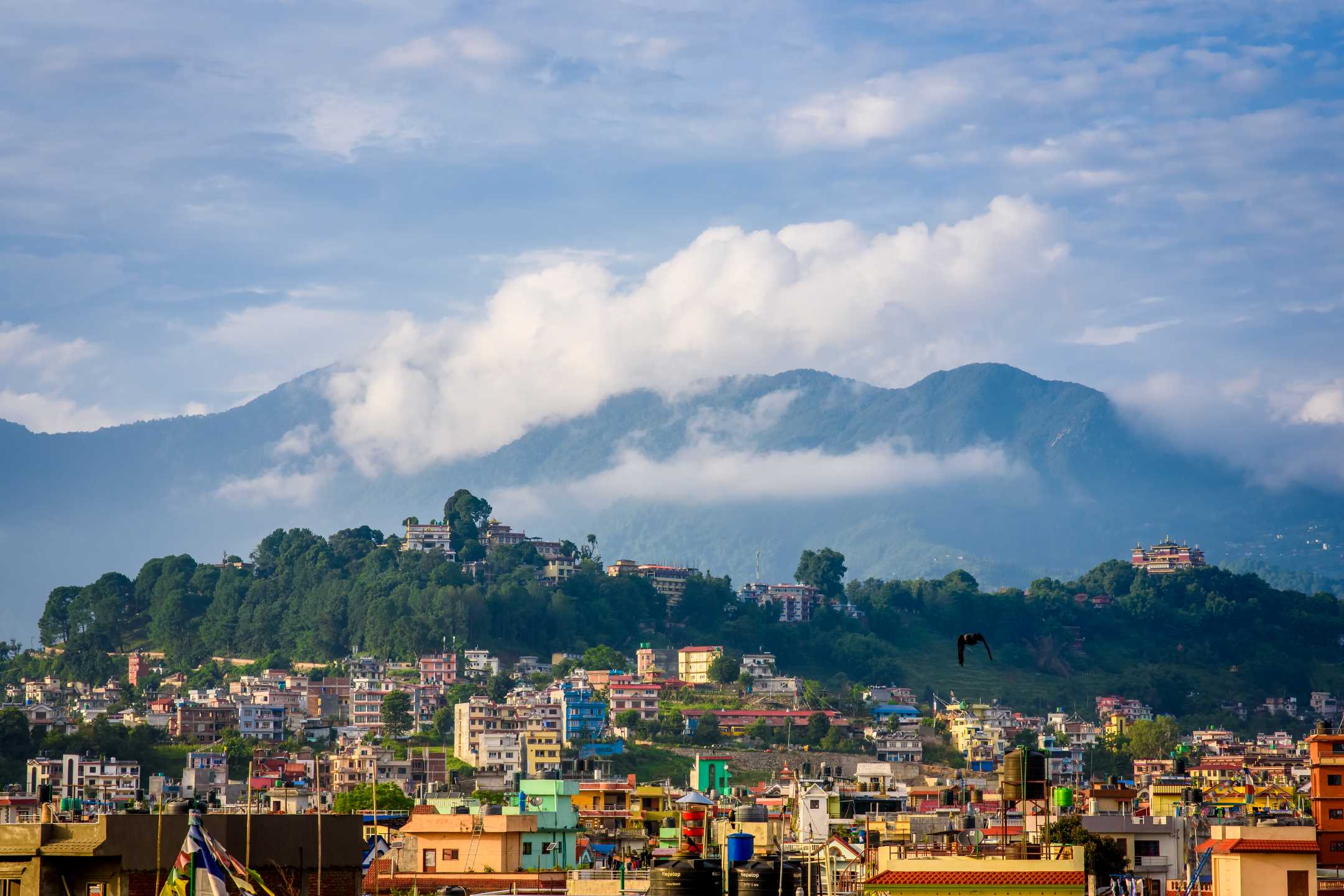 Live with locals in the Urban Setting

Kapan can be considered as one of the new settlements of the valley as the urbanization took place rapidly.This homestay gives opportunities for guests to experience what it feels like to live with families in an urban setting in Nepal. 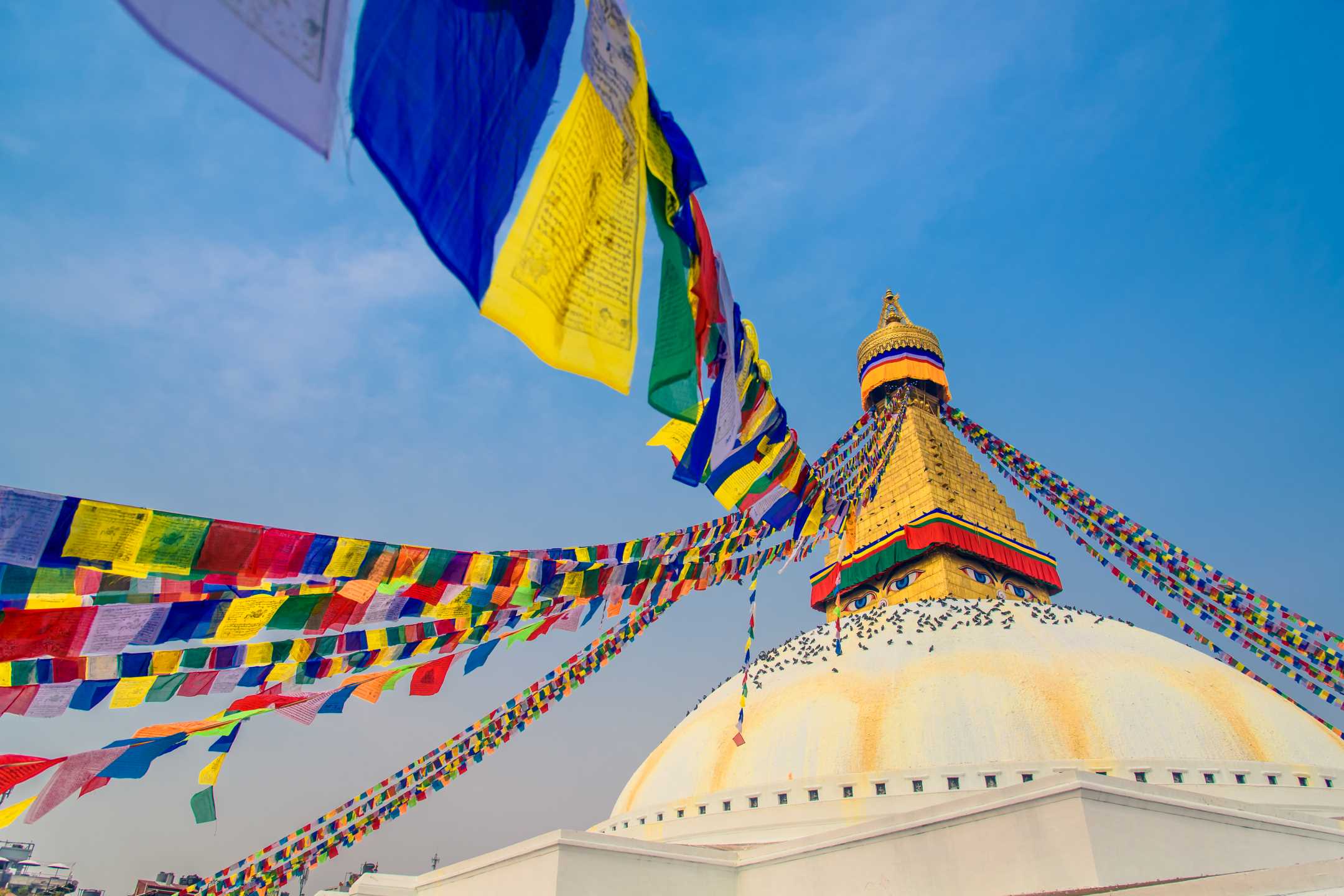 Although the community is of mixed ethnicity and languages largely, one can find flavors of Buddhist communities in terms of food and religion since it is home to various monasteries like Kapan Monastery and Fulhari Monastery along with being closely located to Boudha, one of the biggest Buddhist pilgrimage sites. 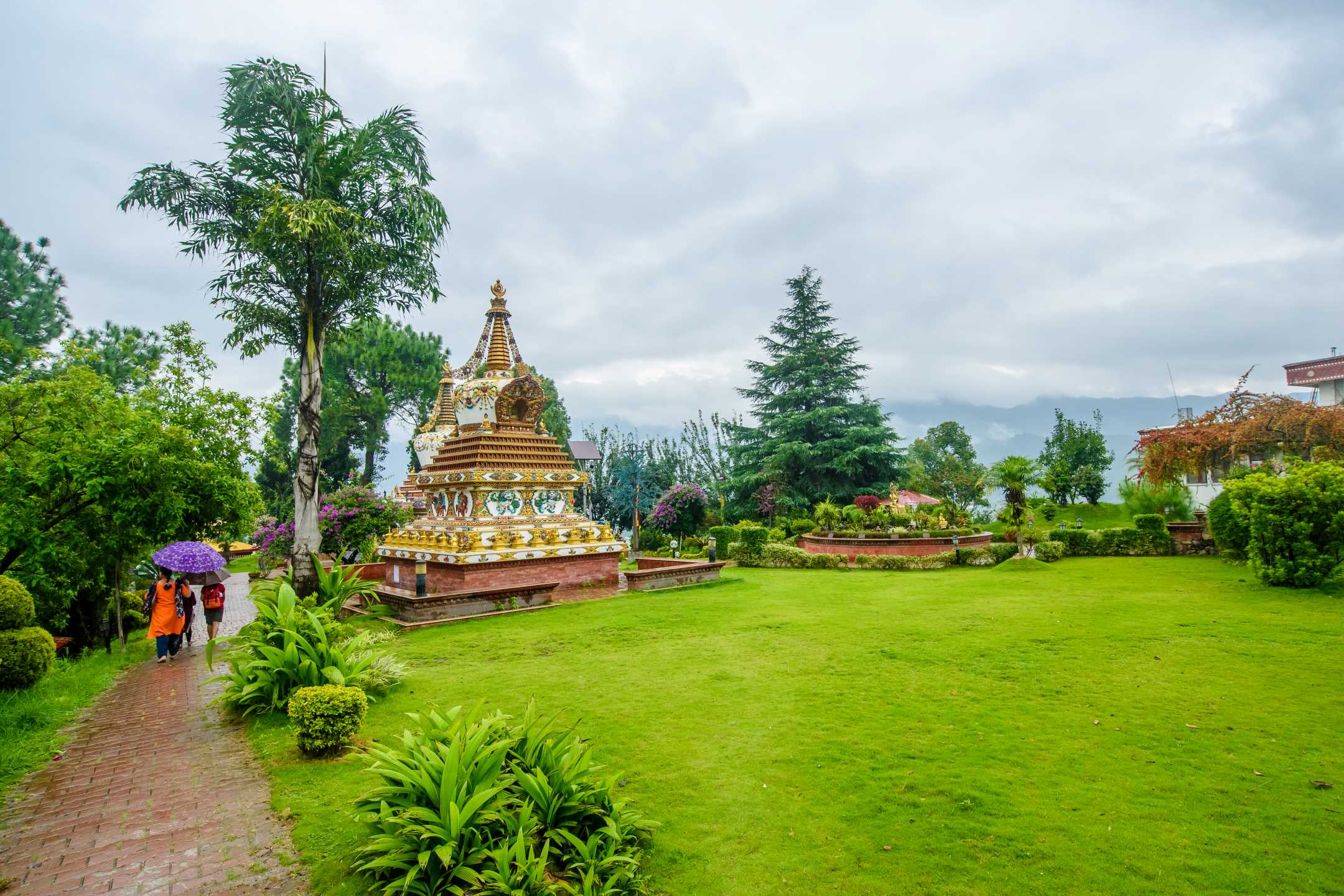 There is lots of walking and hiking opportunities as it is also close to Shivapuri National Park. You can go for a hike around the monasteries, or the national park or stroll around Boudha as per your wish when staying here.

The homestay is an example of Nepalese Unity in Diversity, though the Hosts are aware of various accommodation options in their territory is in the city, they have initiated the Community Homestay project on their own to make an effort to become self-employed, the women share their strong urge to showcase that they provide one the best community homestay experience in the city as well as a stepping stone to their empowerment due to the fact that they wanted to do more than just their household chores.

Parijat Mahila Samuha has been working for the welfare of people living in Kapan area for a very long time. As a women’s group, they actively give women empowerment training to their sisters and friends in terms of finances, employment opportunities or living sustainably.

9 Other Amazing Hosts in this Community

Chunnu chettri is a 60-year-old woman with two sons and one daughter. She is an independent woman who was also a member of a woman’s club and worked for the government of Nepal. After retiring   from the job she opened the homestay which helped her gain a lot of new experiences. She also started feeling more confident in herself as she got to interact with the guests. She was able to provide better education opportunities for her son as the homestay made her financially stable. Chunnu is more than welcome to serve her guests.

Laxmi khadka has a beauty salon but the main income came from her husband who works as a businessman. The beauty salon did not provide sufficient income for her joint family, thus she started the homestay which helped her son study in reputed schools and colleges in Kathmandu. With laxmi’s income coming from the parlor and from her husband’s income they were able to build a new house. Laxmi and her family realized that opening the homestay not only made them financially stable but also helped them develop confidence and know themselves better.

Man Maya Gurung is an unmarried 60-year-old woman who worked in Singha Durbar before starting the homestay. She has been an independent woman all her life. Now that she has retired from her job she needed a new way to generate more income. That’s when she opened her own homestay. As a retired woman, Man Maya gets the chance to be more at home and she can easily divide her spare time between the guests and her activities. The smile on her face when the guests come is remarkable.

Naina has been running the homestay for 6 years and is an experienced host. Naina Sapkota has one daughter and son who are studying in bachelors and another son studying in grade 10. Her husband is a consultant in a manpower company. Her whole experience with running the homestay has been great. She is also being able to contribute to her children’s education. The community homestay has brought her a social circle of people whom she can rely on.

Previously Pampha was the owner of a small snack shop. Although the shop is still open the main income comes from the homestay run by her. Her children are employed and are strong pillars in Pamphas life. She recalls, with the help of extra income generated from homestay and her children’s help she was able to travel to Australia to visit her children after a long time . Since her children are working abroad,  with like minded women in the community, the community has been a big support for her.

In the past Sabriti was a social worker who worked to uplift the status of women by providing them with stitching and beauty parlor training. With her busy lifestyle she was unable to spend quality time with her son. Therefore, she decided to join the community homestay. She is the newest member of the community. Now, she is able to provide better education to her son and also spend more time with him.

Sarada is a social worker. She has always been there to help people in need. She wanted to make the other women in her community independent and stronger. So, she came up with  the idea of Community Homestay which would benefit them economically and on the other hand would develop confidence and self esteem. Some of her friends from the same community helped her for this. But things weren’t that easy for her. She was accused for spoiling the family relation by the men. Many also tried to pull her down accusing that she was spoiling other women in the community too. Things got better when they started receiving guests and the community saw the impacts. People have started respecting her work and dedication. This has inspired Sarada more to work on this field and support more number of women.

Shusila Bhattarai was just a housewife whose family depended on her husband’s income. After her husband passed away Shusila had to do something for her two sons and daughter. So to support her family she joined the community and opened a homestay which is run by her and her eldest son who is handicapped. Shusila is hardworking and loved by all. The income generated has allowed her to pay for her eldest sons’ treatment and education. She now has doubled her income and is a strong independent woman.

Even before the homestay program Ang Maya Sherpa occasionally had tourists staying over at her house. Her husband is a reputed social worker who works with tourists for the betterment of the society. With all the funds collected by her husband and Ang’s income they are able to serve the society better by constructing schools and roads in rural areas. Now, Ang has gained a lot of confidence and has been an active member in her husbands’ social work as well.

A few glimpses of what is waiting for you 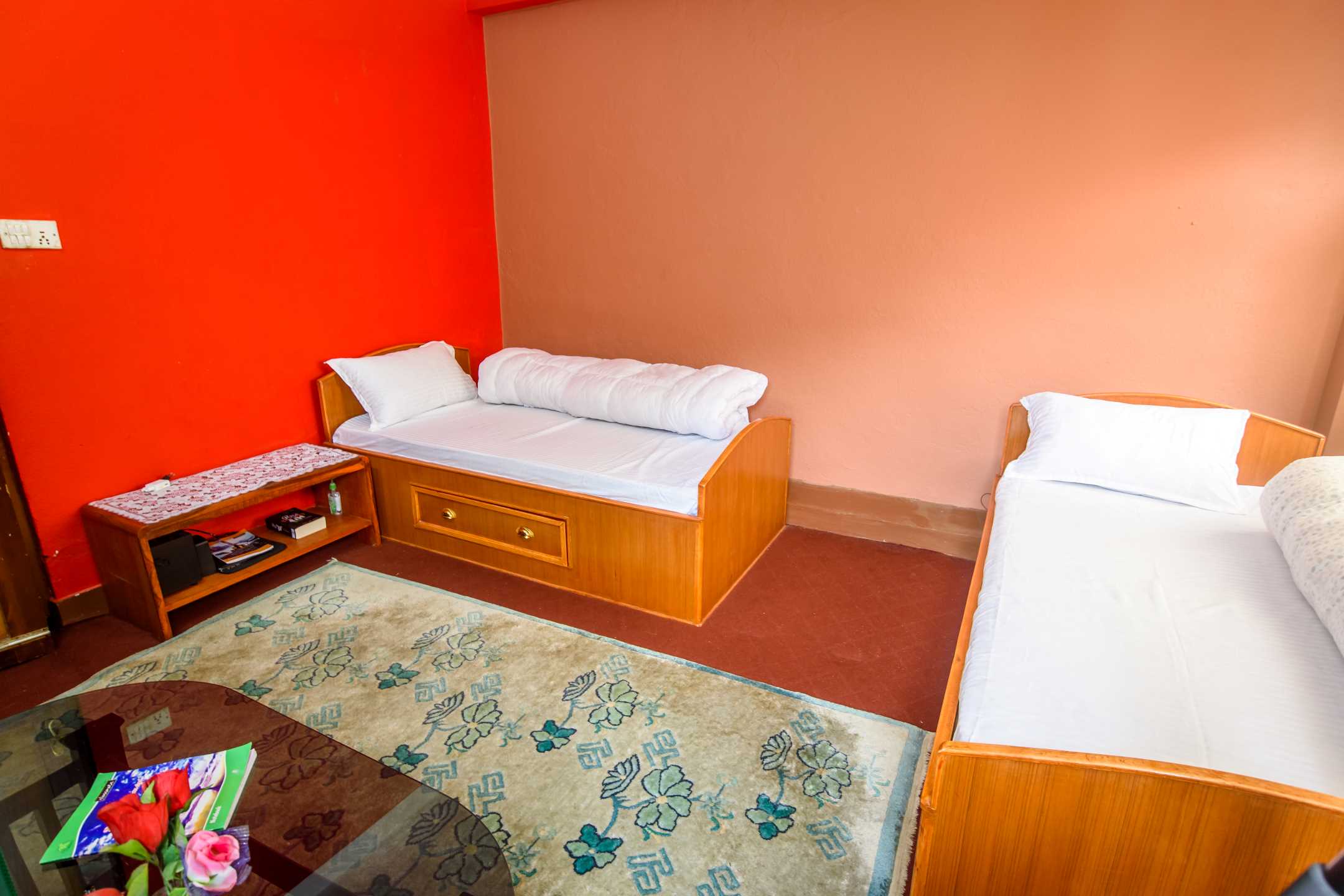 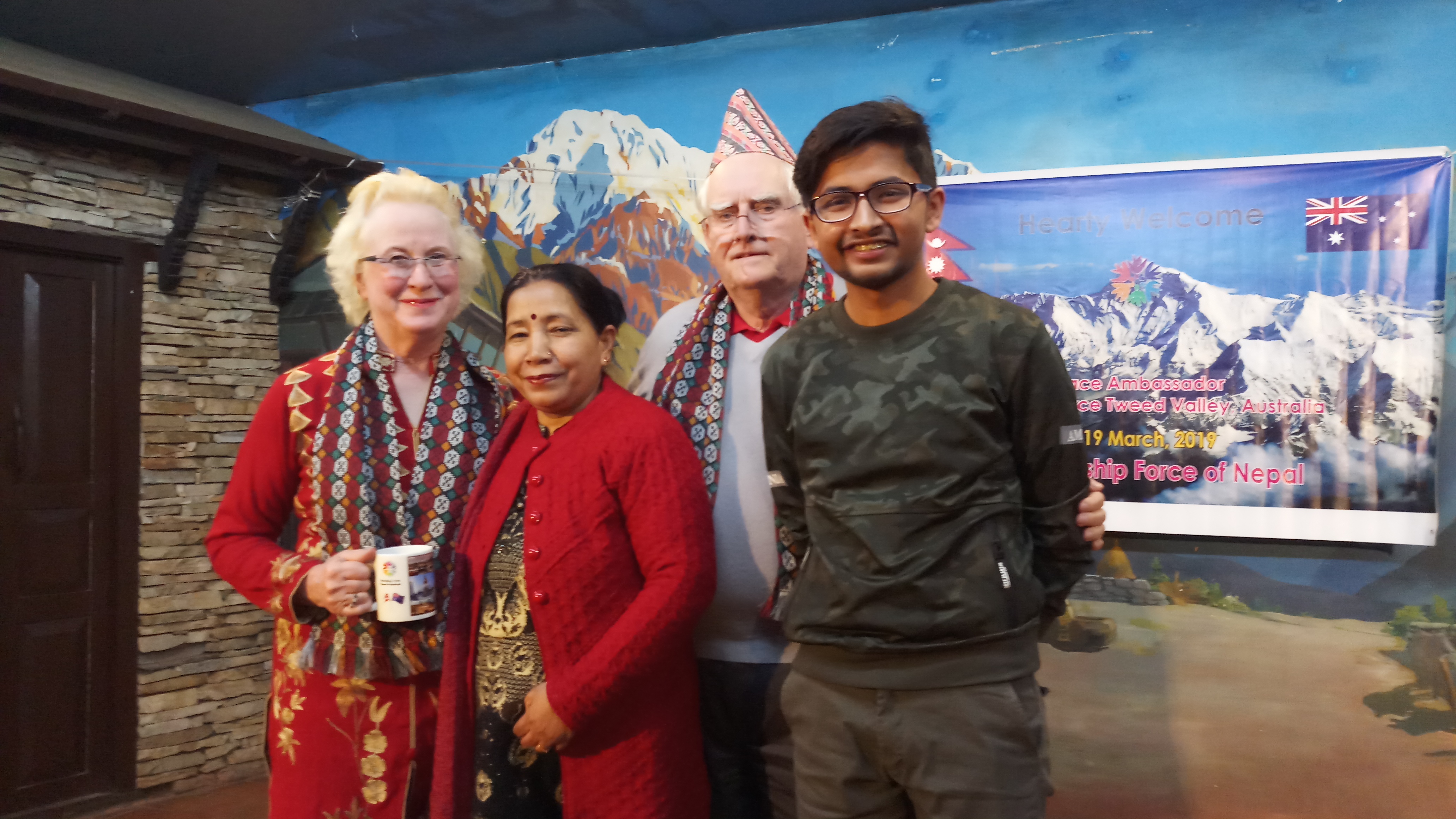 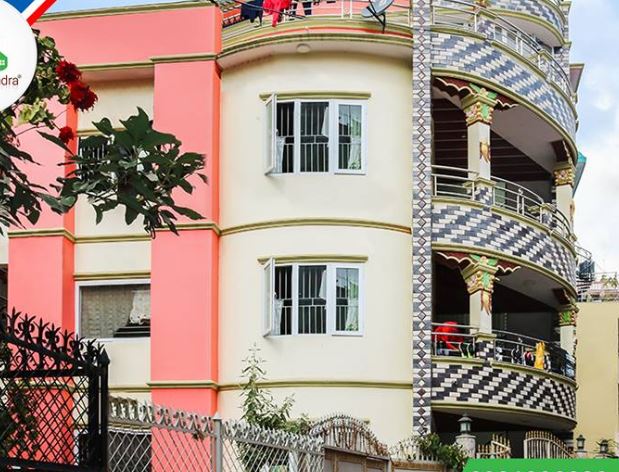 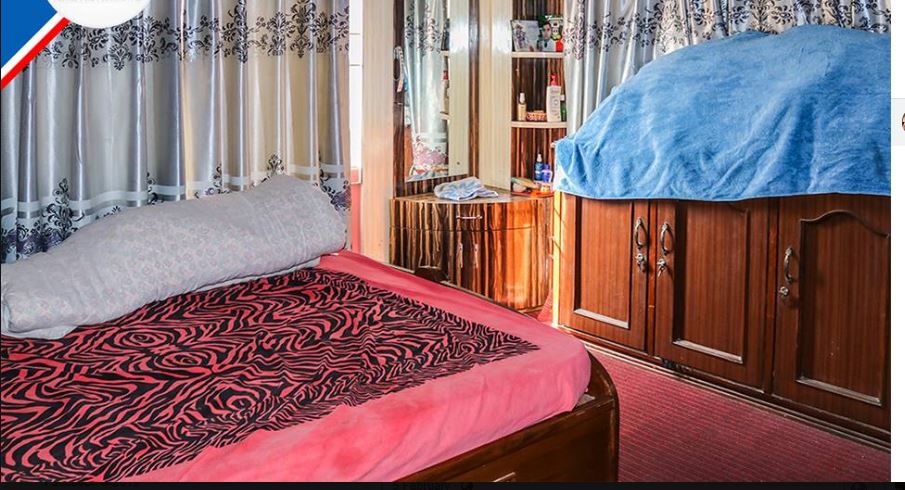 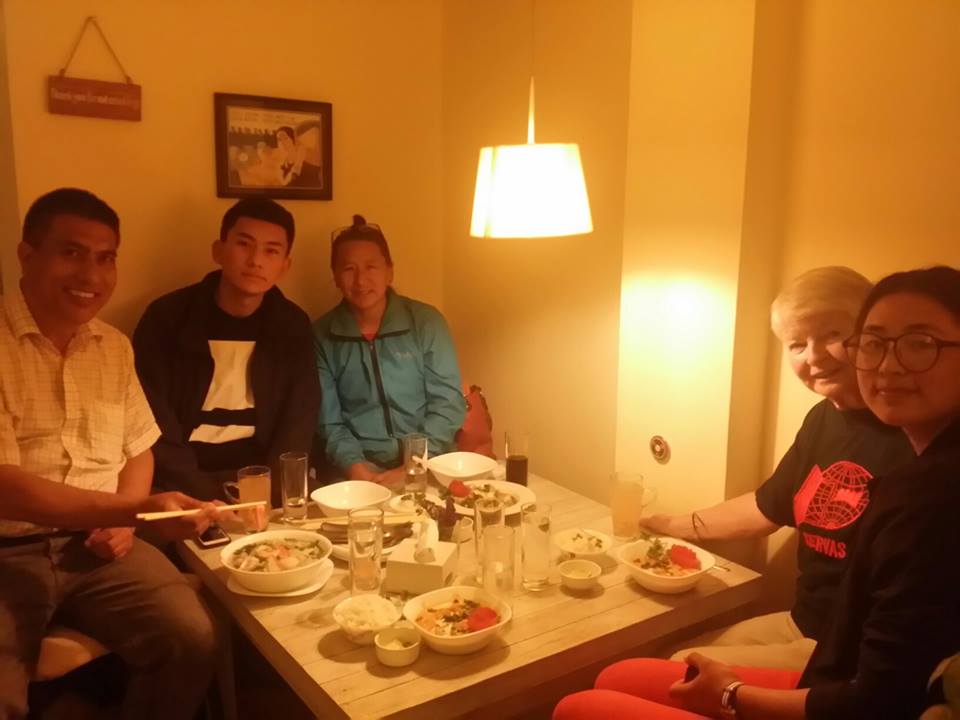 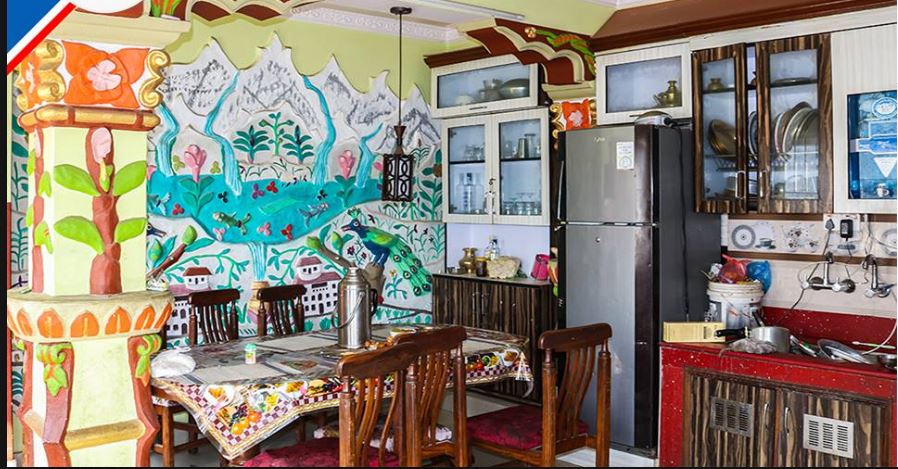 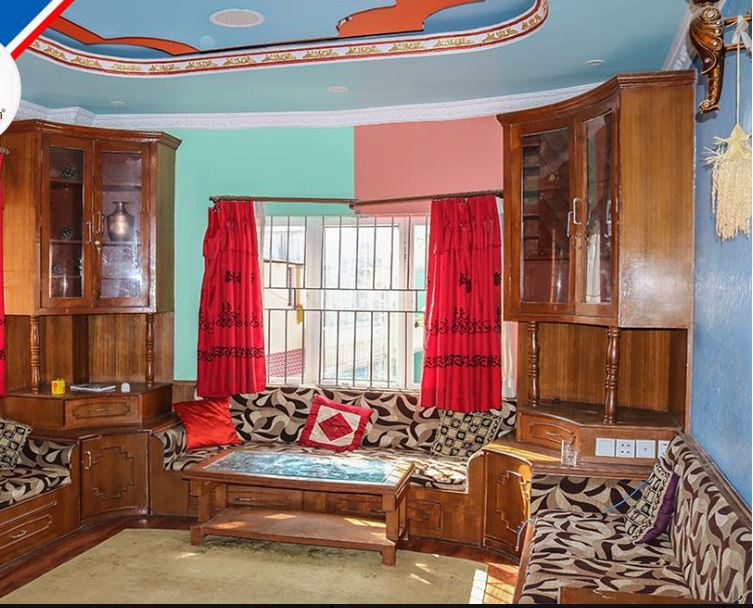 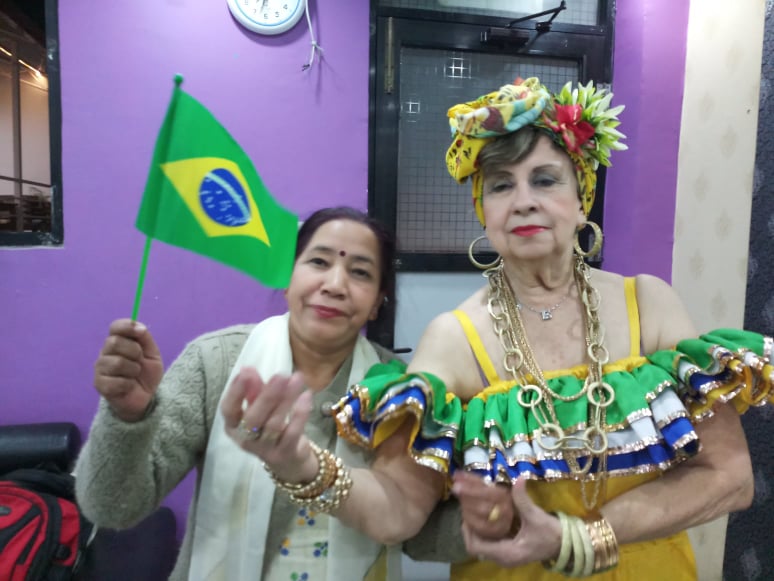 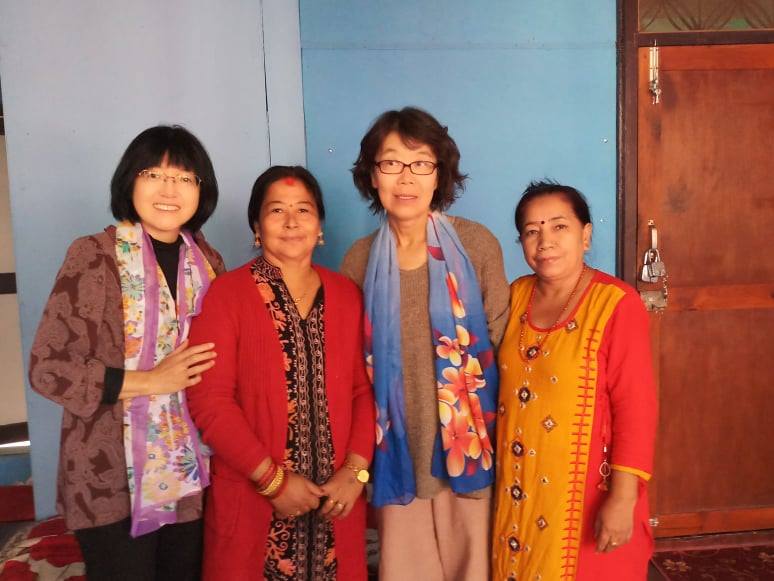 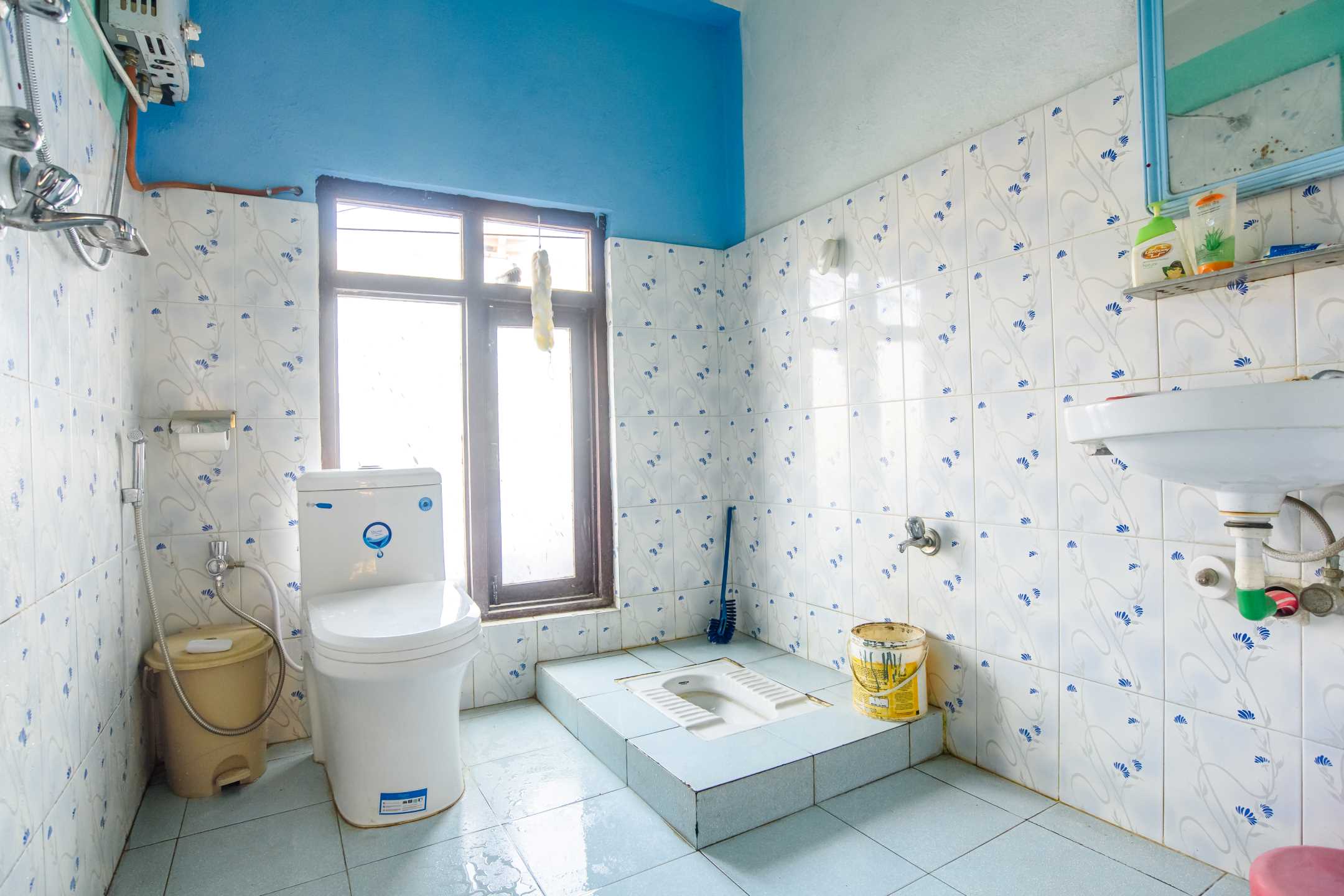 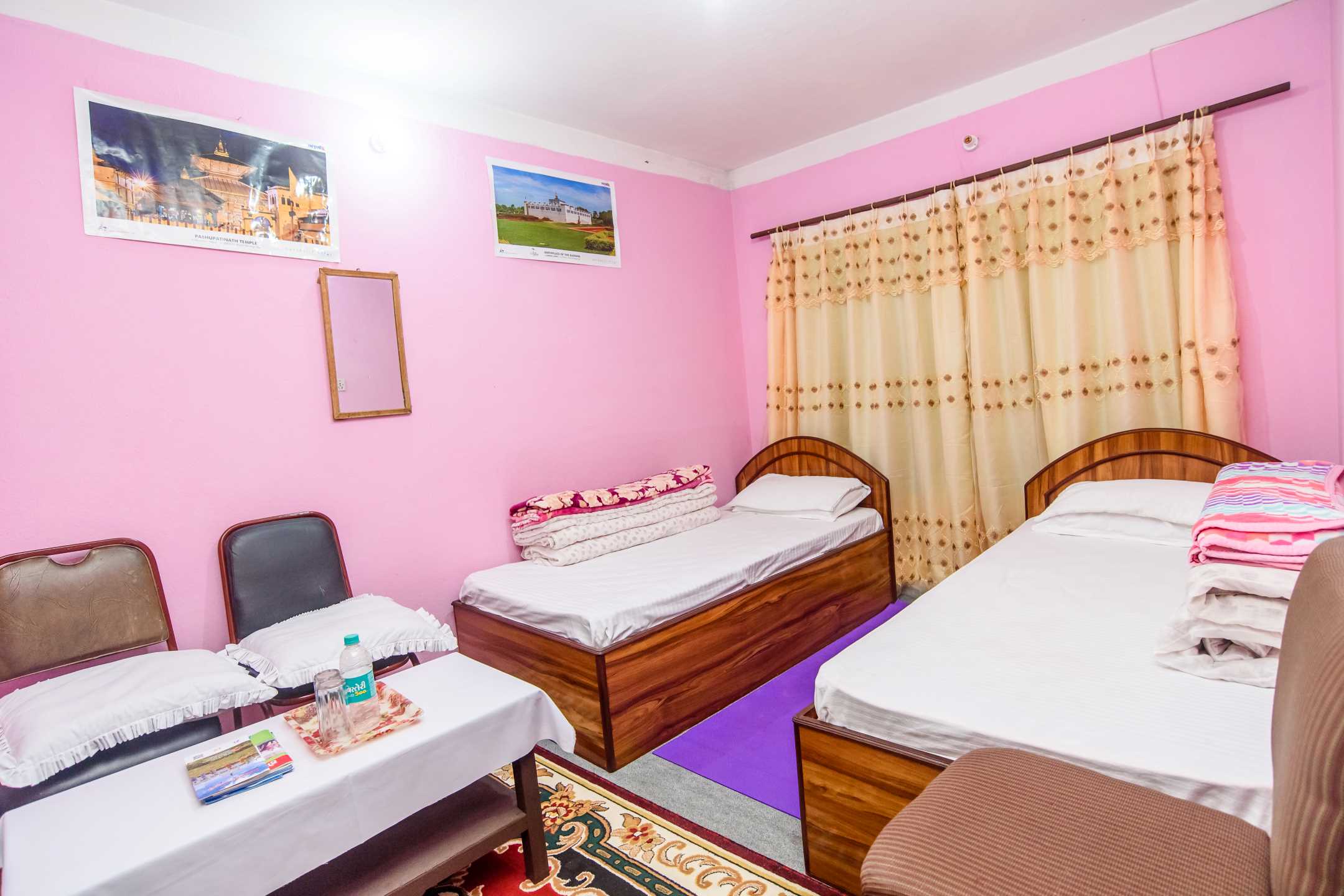 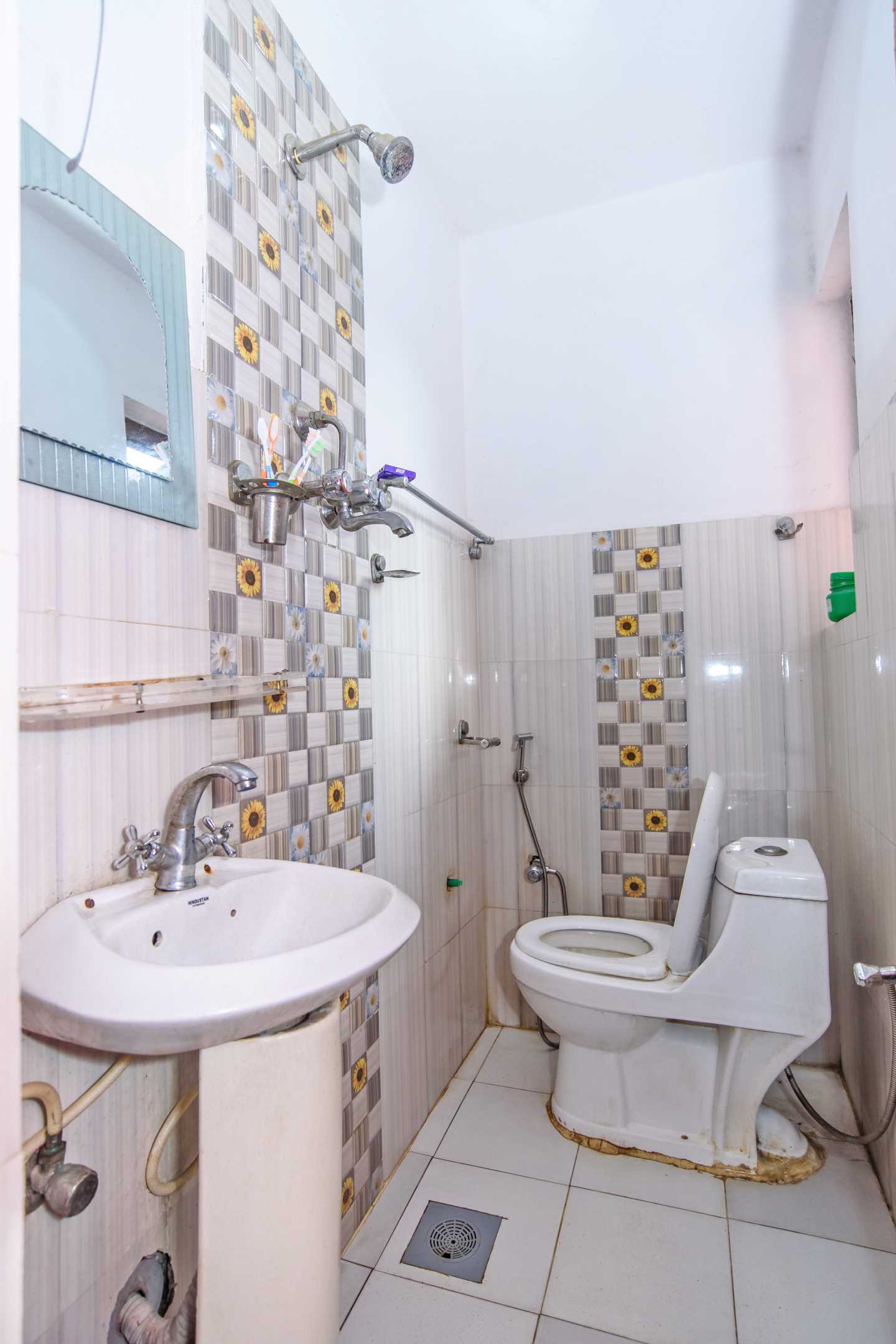 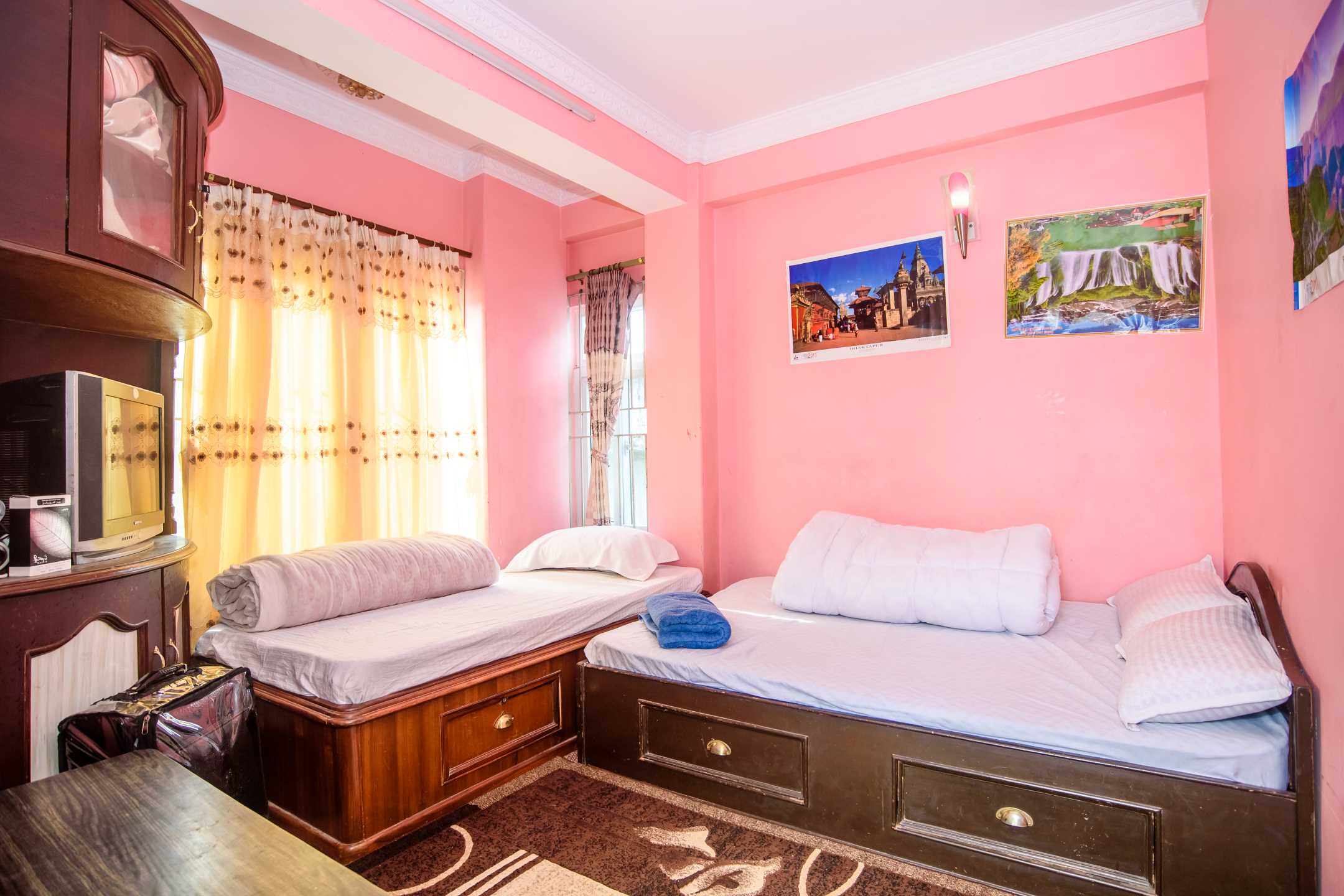 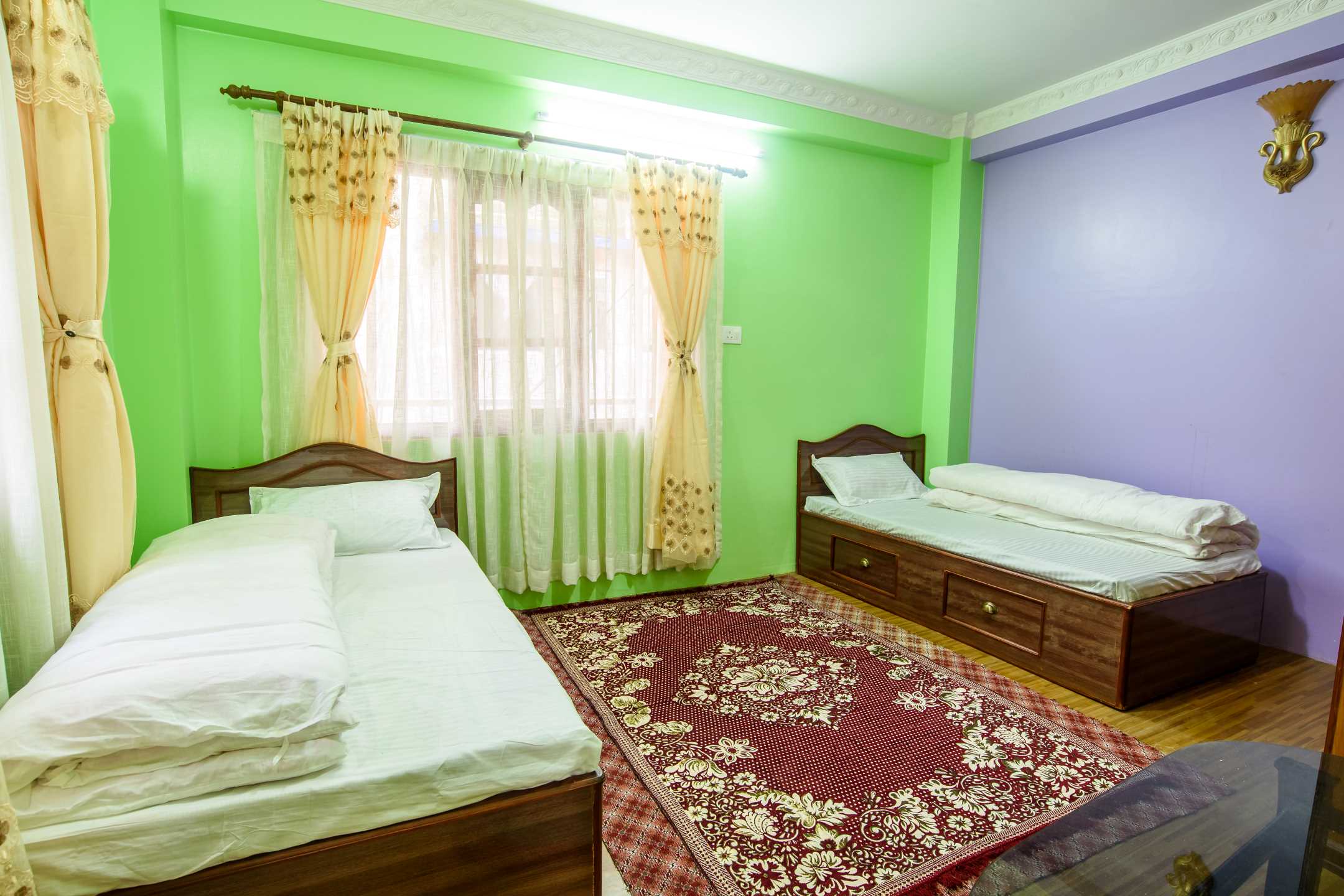 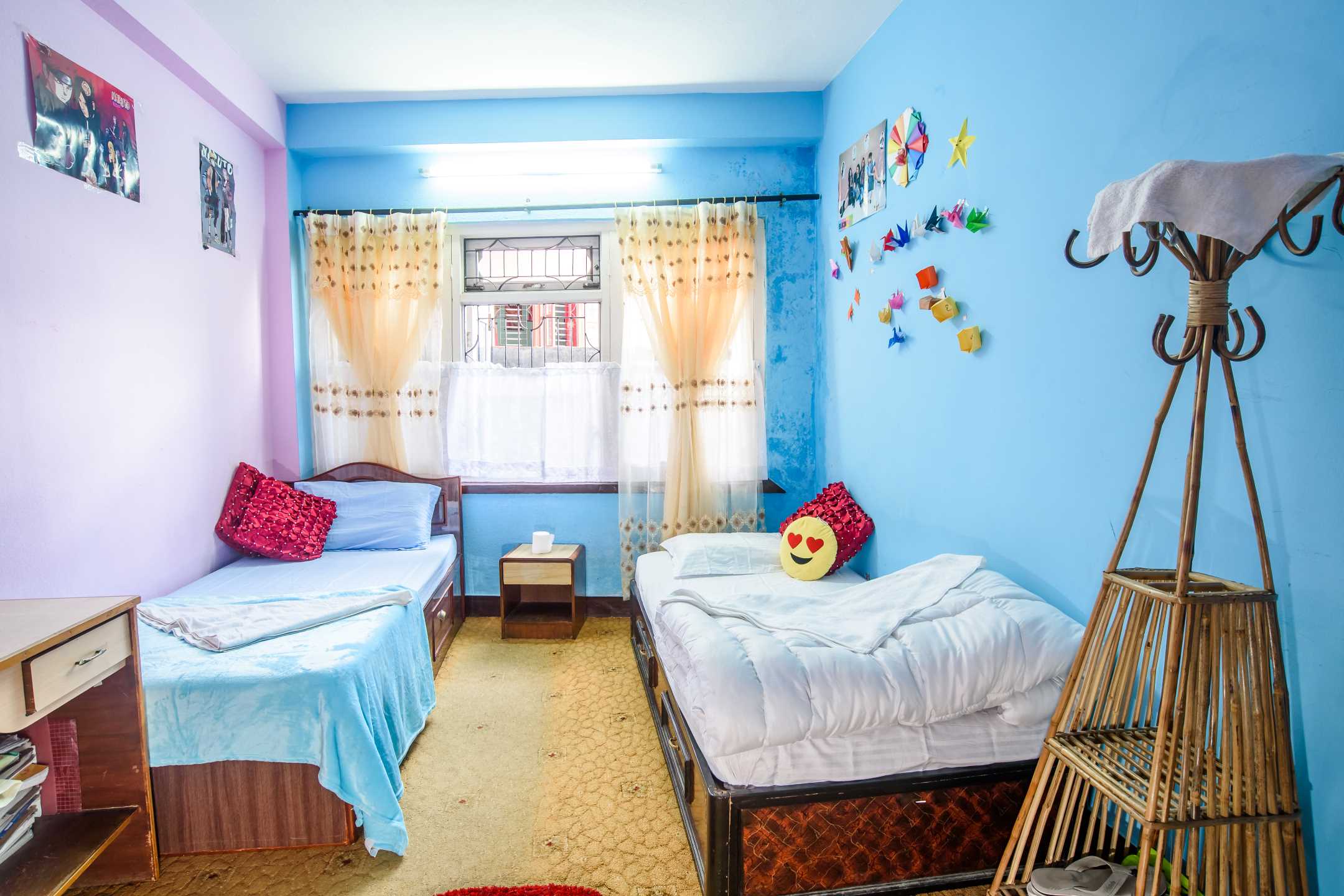 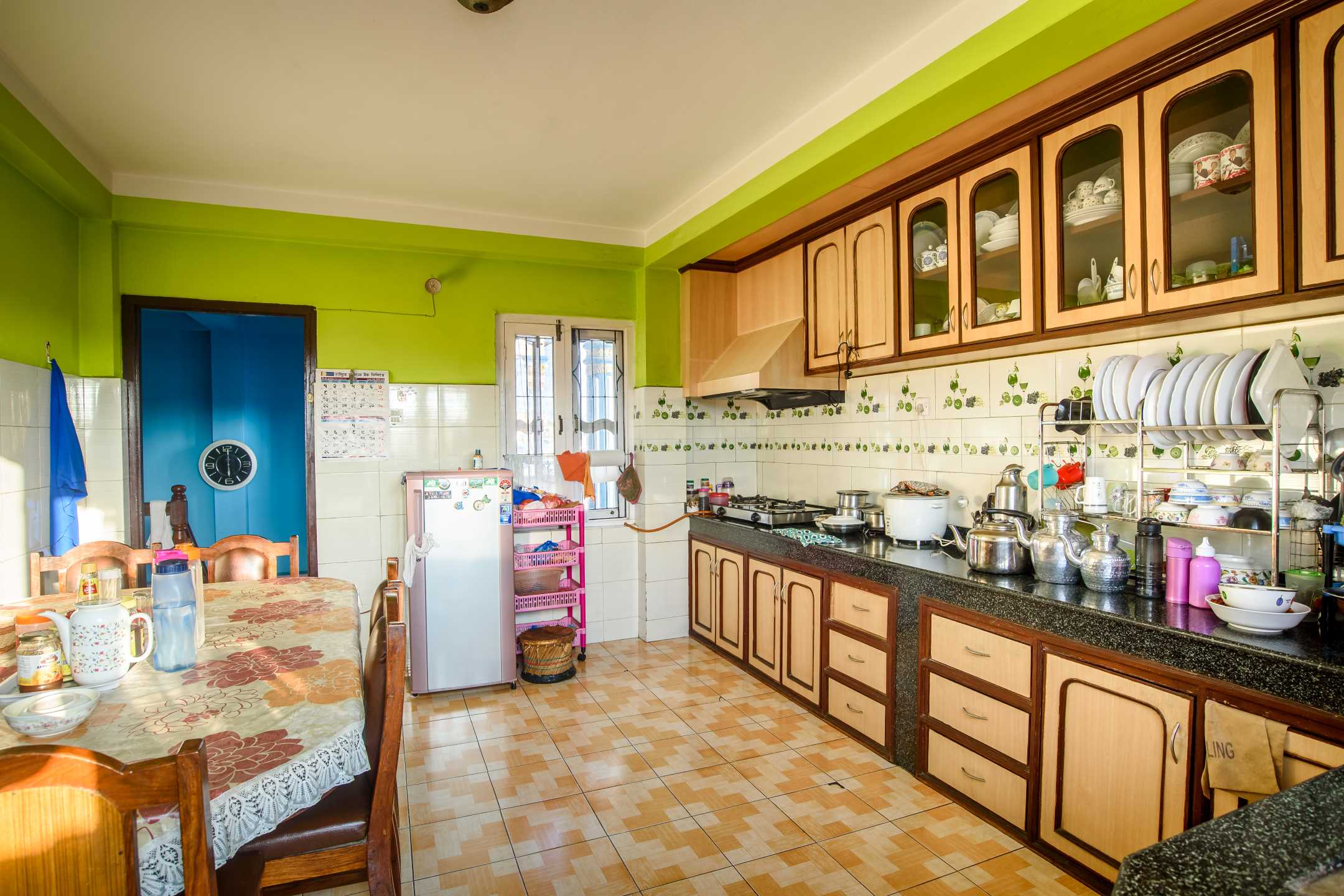 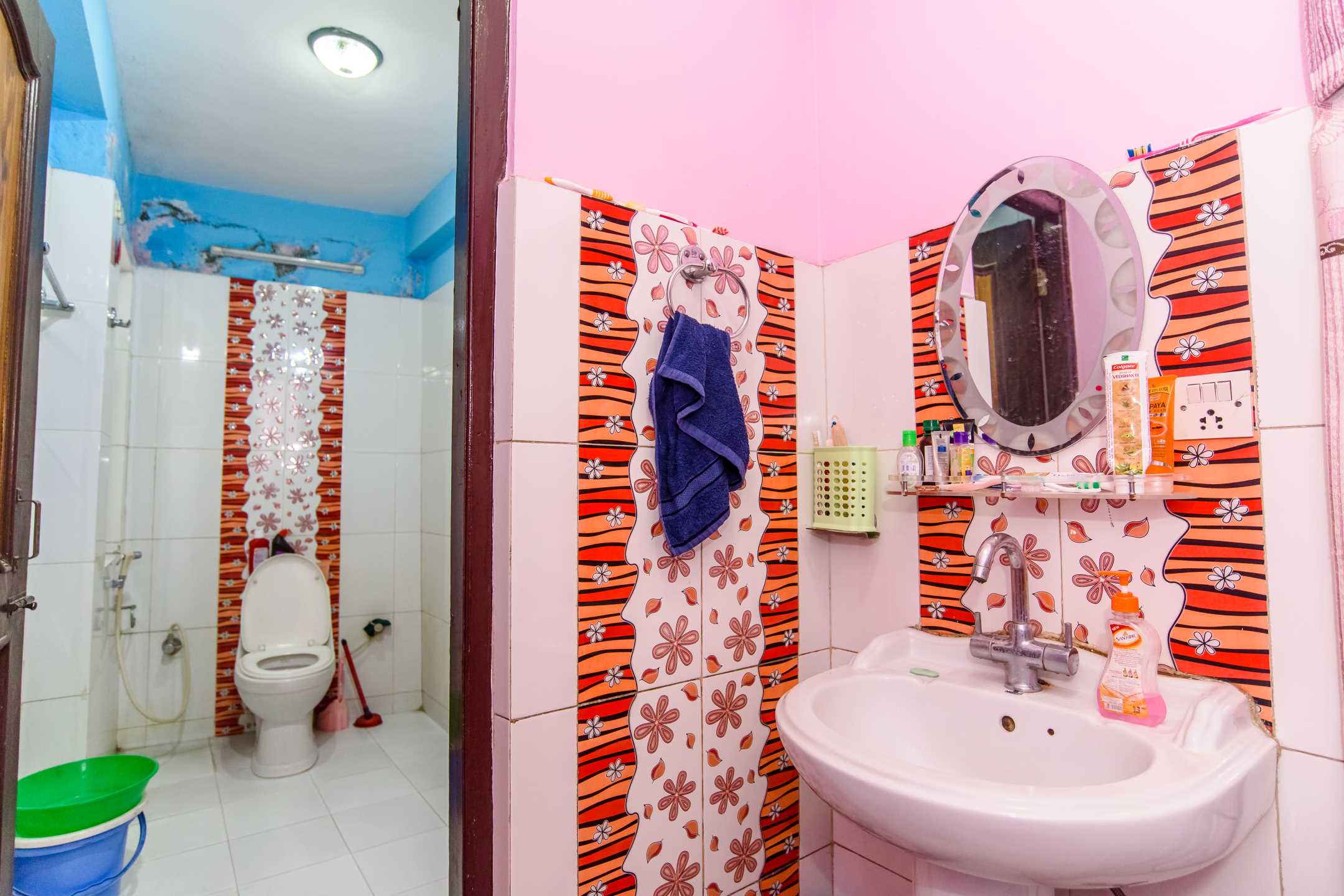 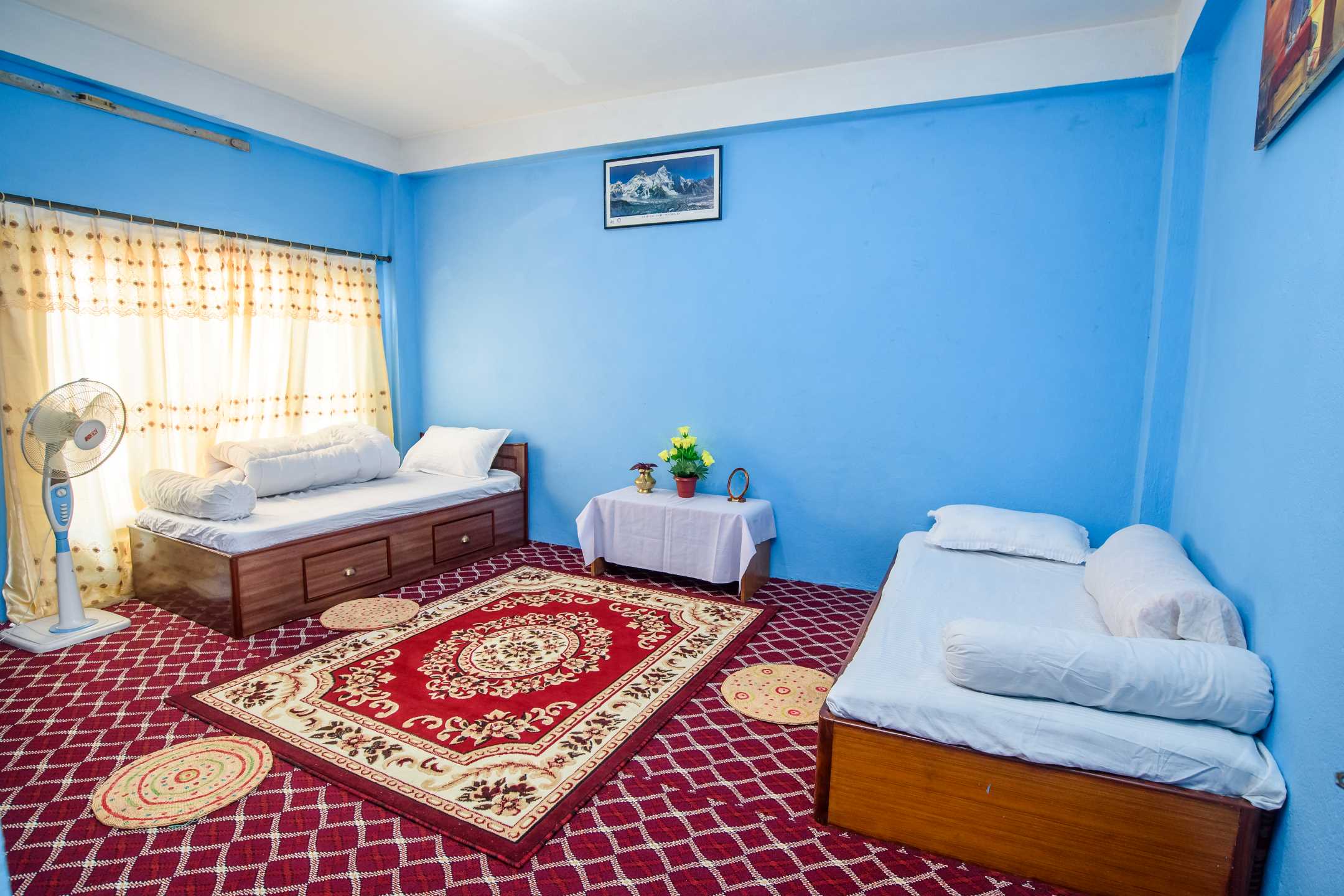 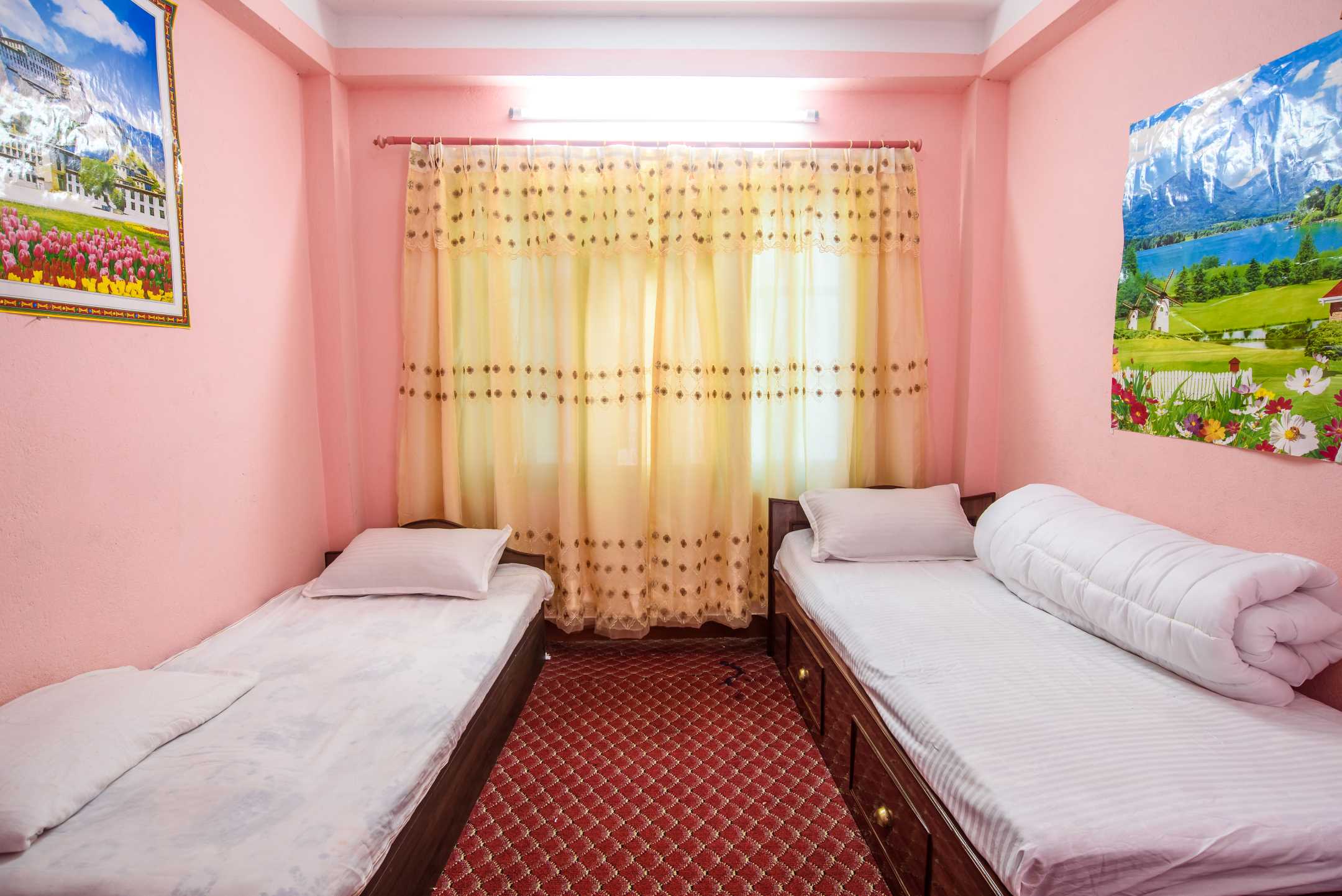 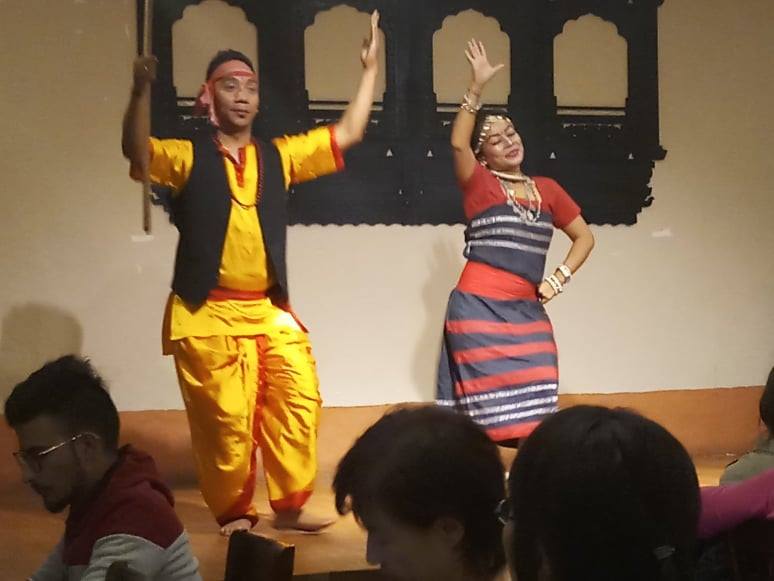 It's very easy to get there

If you want to cancel the trip with CHN due to any unavoidable circumstances the following cancellation and refund will be applicable:Cancellations regarding stays and experiences only:The guest will ...
+ Read Policy

BehaviorGuests are required to behave in responsible manner, respect the local Communities, hosts, and other occupants in the homestays.Noise should be kept to a minimum between the hours of 10pm and ...
+ Read House Rules